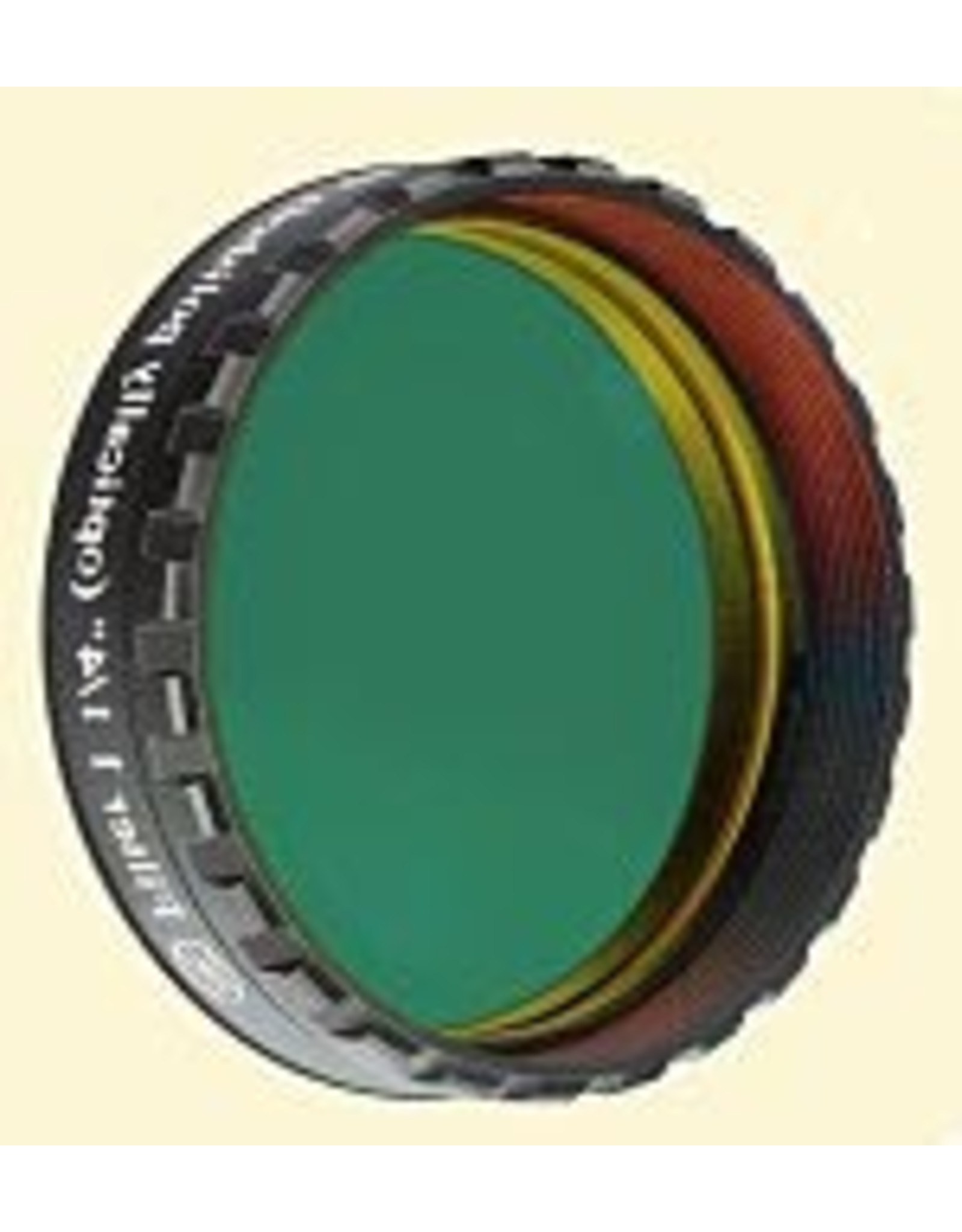 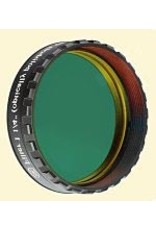 Delivers the absolute highest contrast views of many diffuse and planetary nebula.   For many objects, the Baader O-III reveals a level of intricate detail that rivals the best deep sky photographs.   Our favorite filter for the majority of nebula, especially The Veil, Lagoon (M8), Swan (M17), Ring (M57) and Dumbell (M29).  With a large scope, you can even view the famous 'Pillars of Creation' in M16 (Eagle).

The Baader O-III perfectly isolates the two doubly ionized oxygen lines (496 and 501nm), through a very sharp and optimally narrow bandpass (10 nm wide).   Unlike other O-III filters, the Baader O-III completely blocks longer and shorter wavelengths (ever wonder why some O-III filters appear RED?, instead of the correct 500 nm Teal color).  The result is the highest contrast achievable in an O-III filter.

The O-III benefits from the precision fineoptically polished flat substrate, and advanced DWDM plasma assisted coatings.  As a result, the Baader O-III will not degrade image sharpness or impart double images.  To prevent deterioration from cleaning or exposure to moisture, some other filters even resort to sandwiching their delicate coatings between two layers of filter glass, resulting in potential blurred or double images.   Contrary to myth, nebula filters are often useful at high magnifications, where image quality counts.  Baader O-III filters can take high magnifications, and stars retain their pinpoint sharpness, even if the filter is used far ahead of the image plane (ie, for imaging use, or ahead of a star diagonal or binoviewer).   Combine with our UV/IR filter for the ultimate in O-III deep sky imaging.

Please click on the image below for a typical transmission curve: