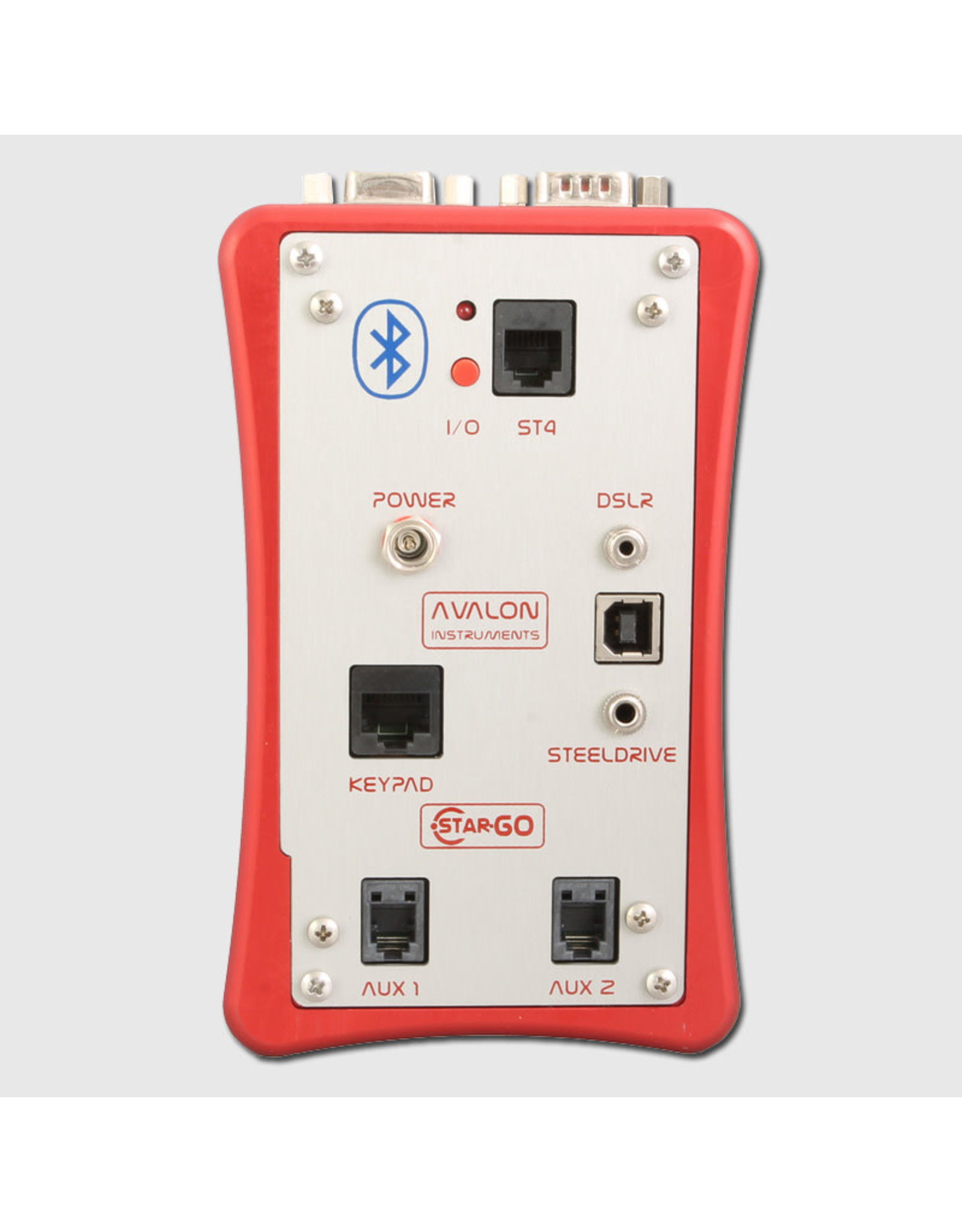 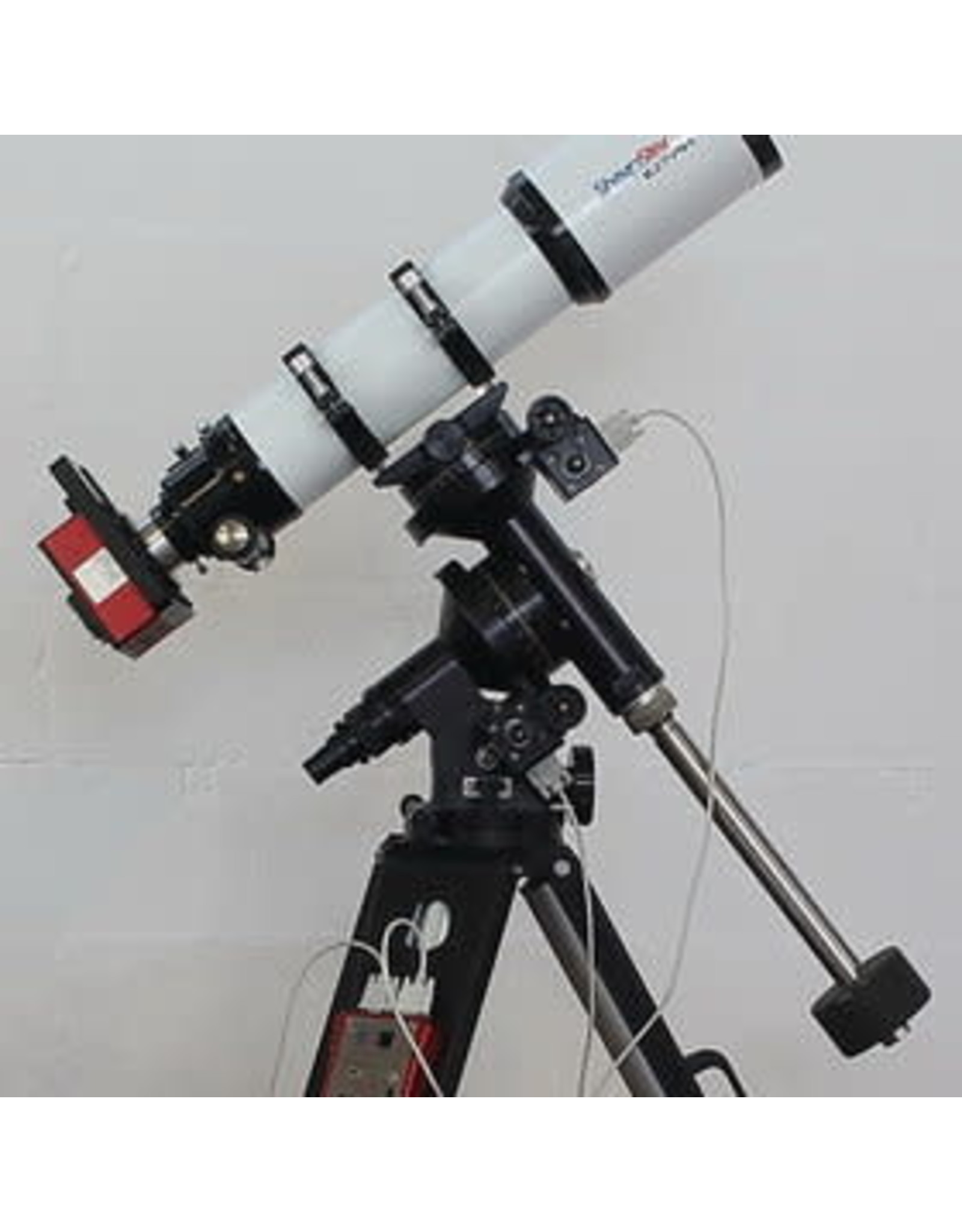 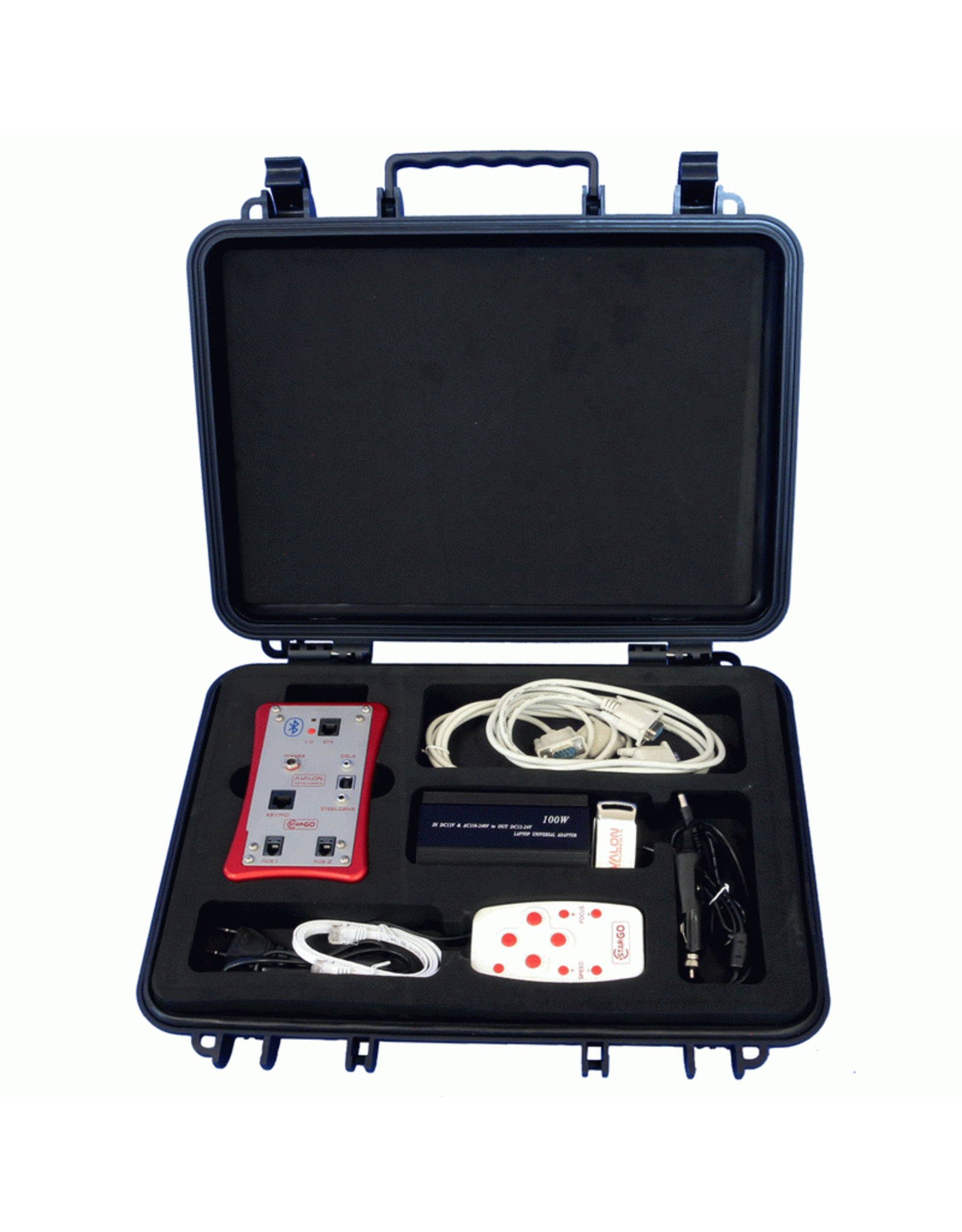 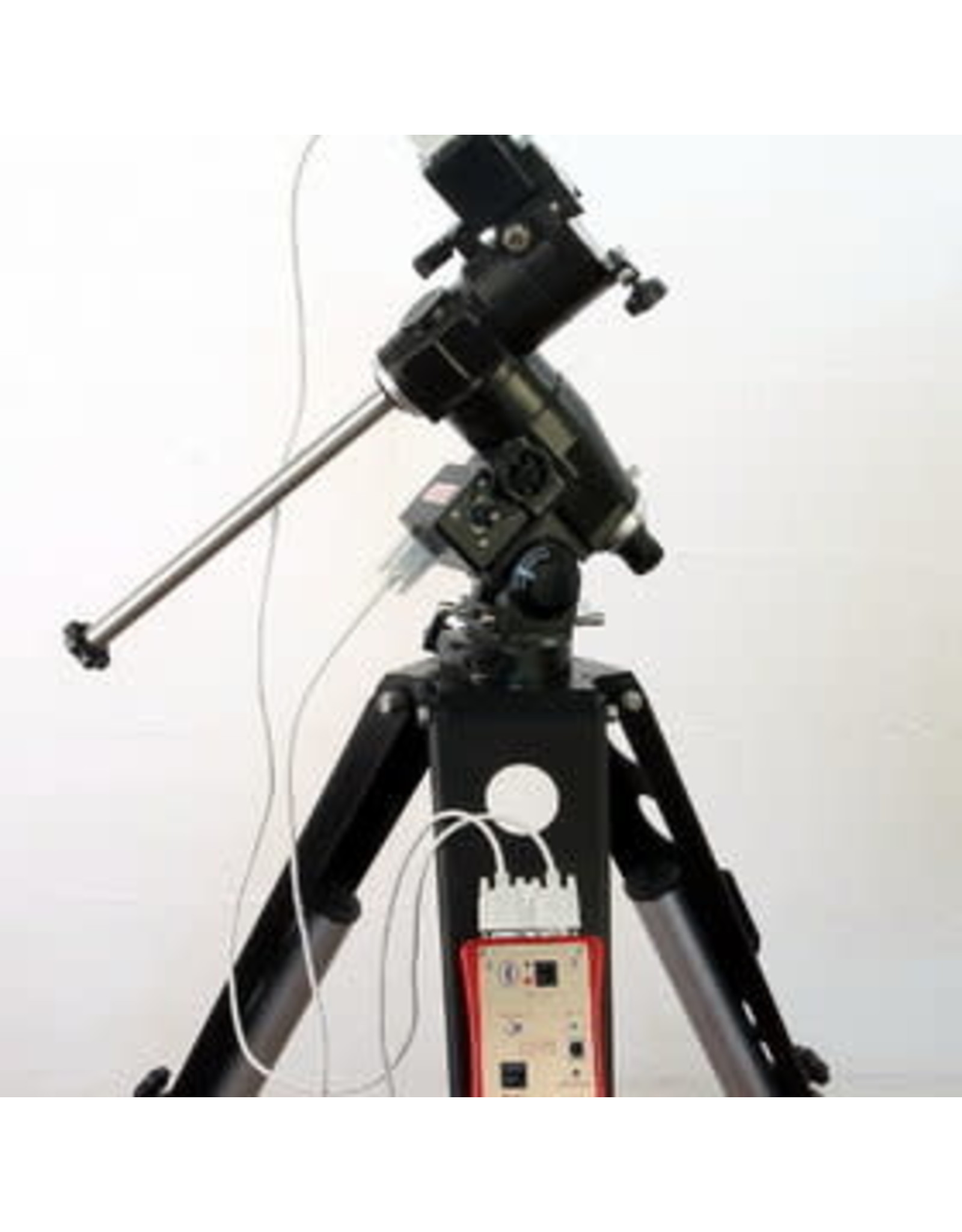 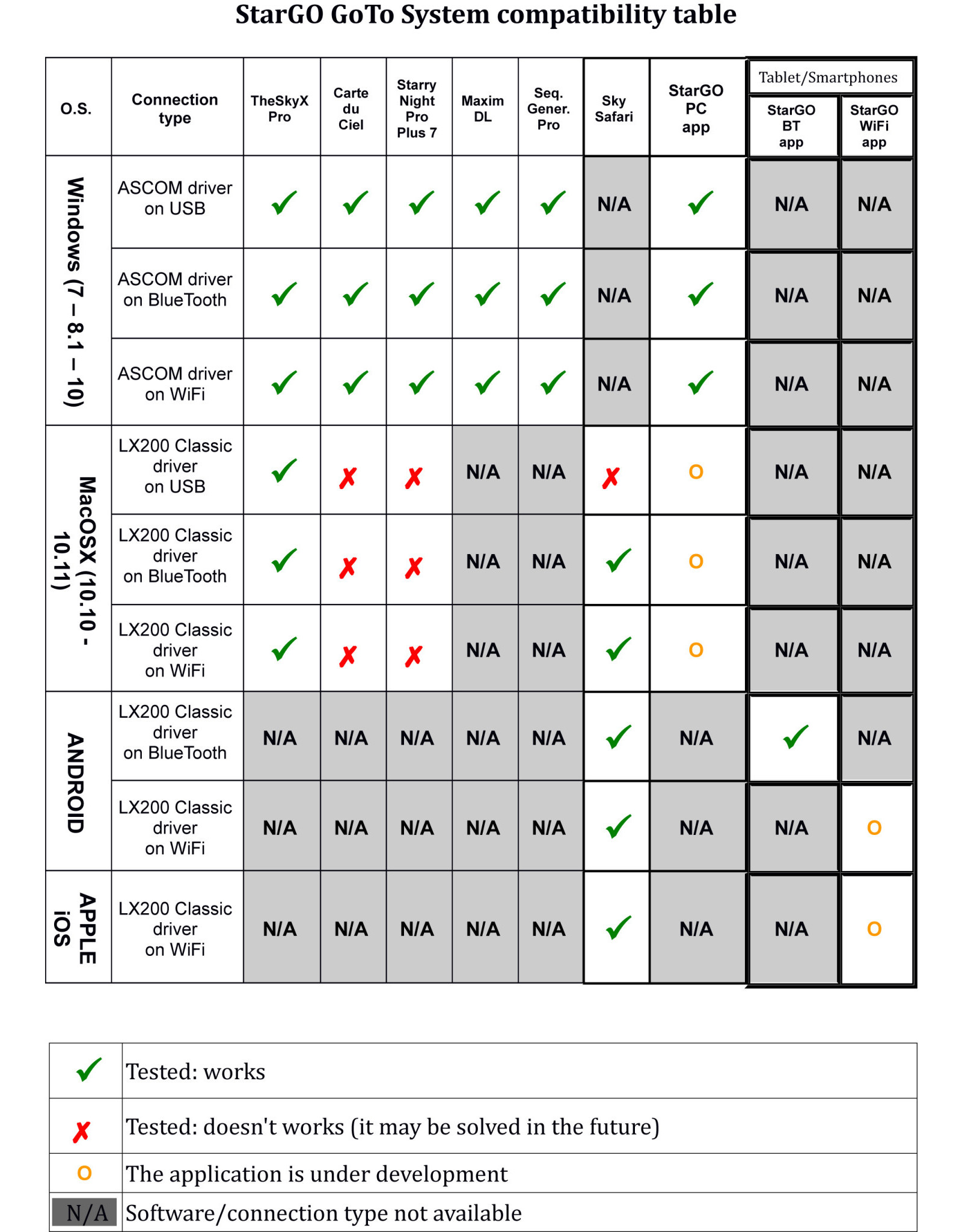 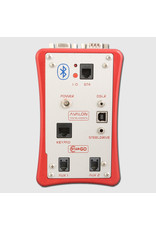 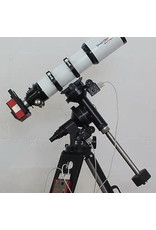 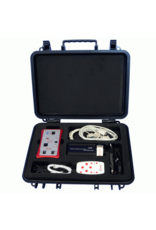 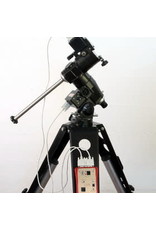 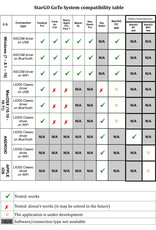 The StarGO is a GoTo Control System based on stepper motor technology. It has been designed to be intuitive and easy to use. Thanks to this characteristics it can be used in three main modality:

The StarGo GoTo System it is composed by five main components:

The StarGO Control Box that can be embedded in the mount as for the Linear, M-uno and M-zero mounts, or in a separate control box for the M-Zero (and for its use with all other compatible third part‘s mounts). It has the duty to provide the smart interface between the internal motors and the external world. It performs all the communications with specific components (Focuser, CCD rotator, DSRL camera, and other auxiliary devices) using direct connections and with  Windows and  Mac computers via USB. The wireless  Wi-Fi and  Bluetooth capability is also integrated in the control box to interact with intelligent devices such smartphones, tablets and, again with Windows and Mac computers. 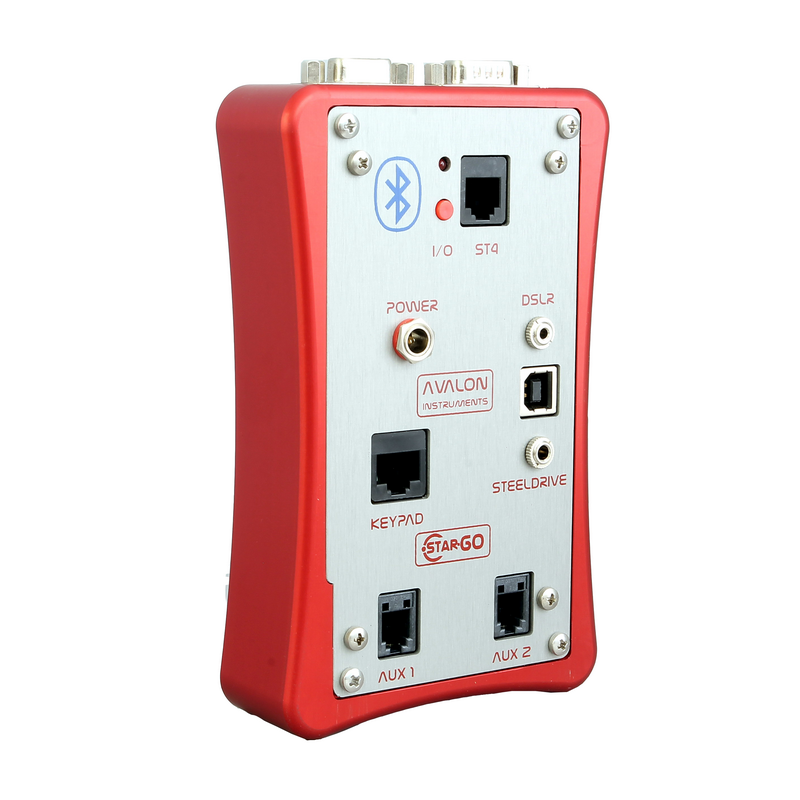 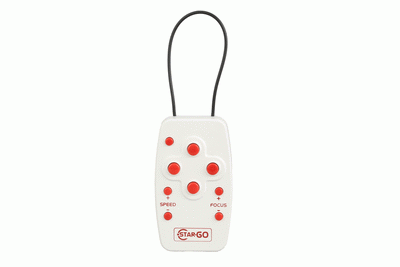 The StarGO software, entirely developed by Avalon Instruments, perform all the setup and management operations required for the mount control. The software allow to set all the basically options for the mount alignemnt as the Observatory Location setting, the polar alignment syncing. Via ASCOM driver it is possible to connect the system to third party planetary software to slew to target and shot pictures.
The StarGo software also allow to perform many “Observatory function” as the “Park” operation. For example by using this function, if a “Set park” is performerd after a session and the mount will not be moved from that Observatory location, in the next session a new alignment will not be required. In this way it is like “having an observatory”. 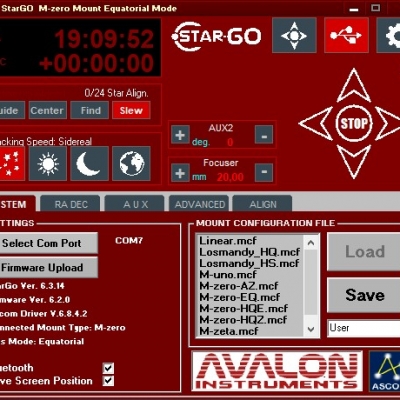 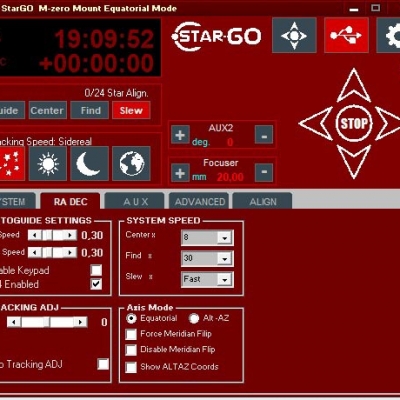 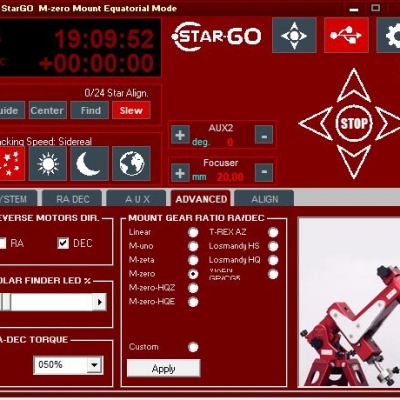 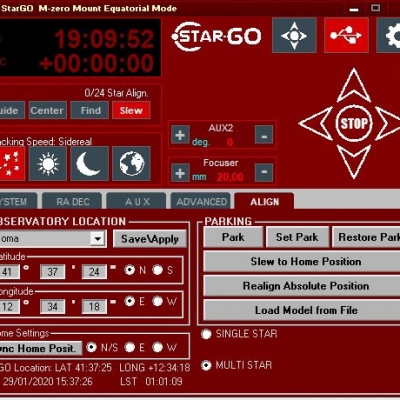 The X-Solver is an application based on the Plate Solve solution. With X-Solver it is possible to build Sky Model till 24 stars that can be saved and used later even during other night sessions.
With X-Solver application comes two very useful tools: the Sky Model and Polar alignment. The Sky Model allow to build easily a sky model up to 24 stars. The tool provide an intuitive GUI that shows a 2D representation of the sky top view that can be designed from the user simply by the mouse double click.
The modeling function is particularly useful in fixed observatory installations, however for the speed of its execution, it may be used also for mobile installations, especially for visual observation (after a short period of CCD use at the very beginning of the session).
The Polar Align is a tool for a fast and easy Polar Alignment by using the Plate Solve function. 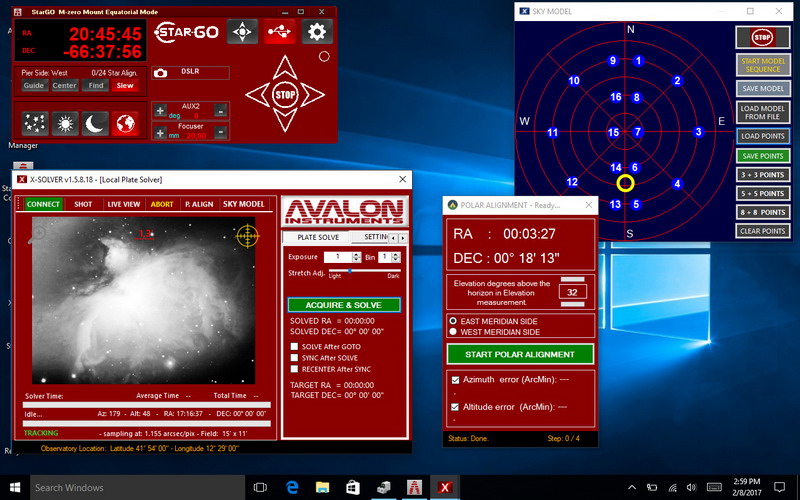 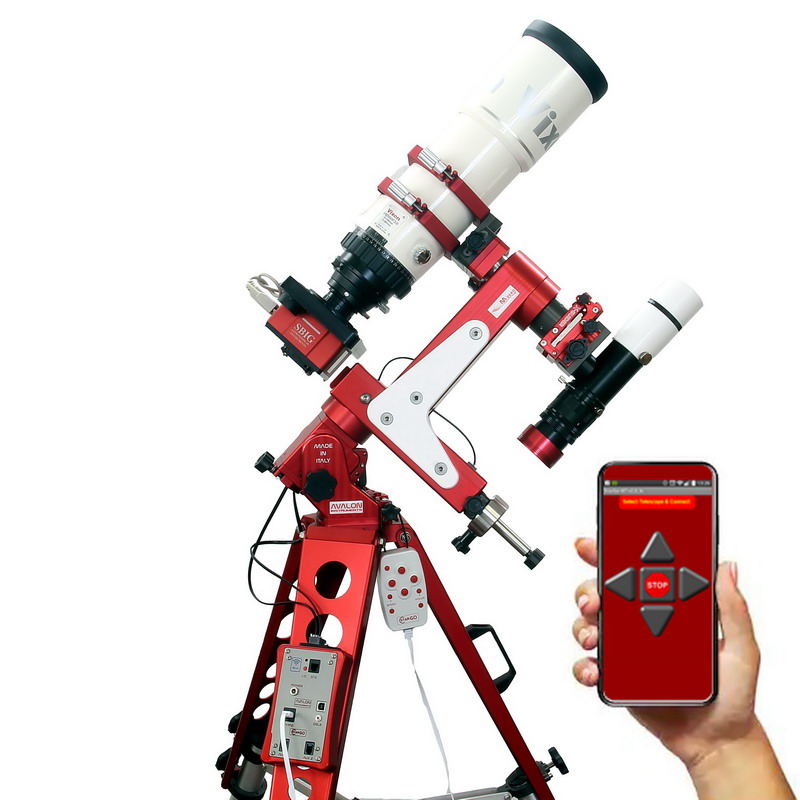 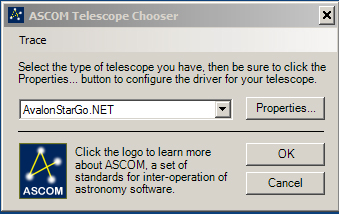 The AvalonStargo ASCOM driver that makes possible the interaction between the StarGO Control Box and the most used astronomical software applications such as Phd2, TheSkyX, SNPP7, Maxim, SGP, CartduCiel, Stellarium, etc.