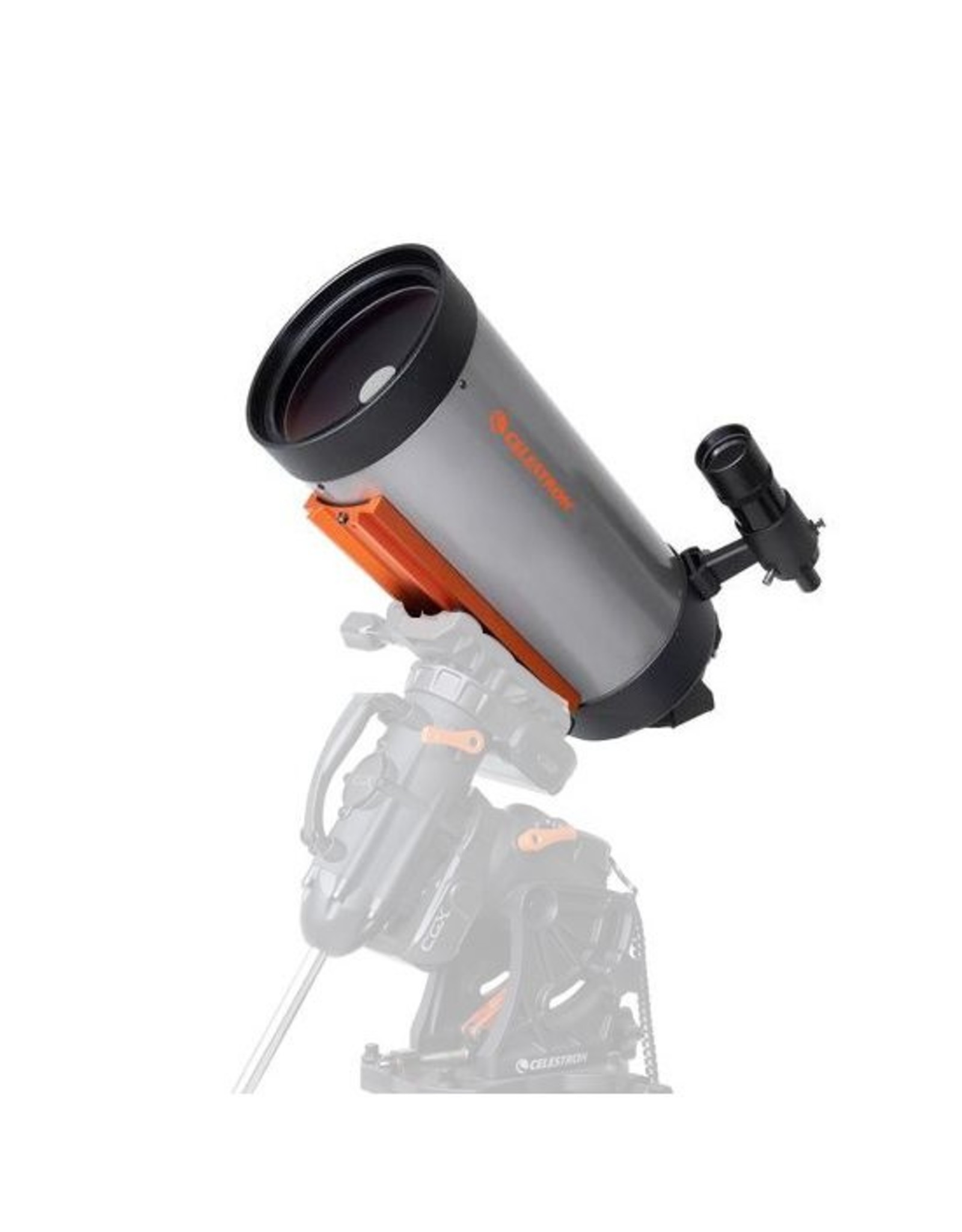 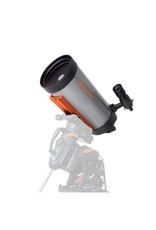 This 7" Maksutov-Cassegrain Telescope from Celestron is specifically designed to provide highly detailed, superior contrast views of planets and other small celestial objects. Add this Mak-Cass optical tube to a robust computerized equatorial mount and tripod (sold separately) for close-up views of the Moon's landscape, including craters and maria, as well. For deep sky viewing, the Maksutov design is optimally suited for observing fainter targets such as globular clusters and planetary nebulae. The ability of the 7" Mak-Cass to emphasize more celestial object contrast will be greatly appreciated by astronomers viewing from urban areas with higher concentrations of light pollution.

Maks are catadioptric telescopes. This means that the optical design includes both a lens and a mirror. The light coming through a Mak passes through the corrector lens to the primary mirror and back to a spherical secondary mirror before it hits your eyepiece. Images are bright, sharp, and virtually free of chromatic aberration.

This optical design provides users with many exceptional features. The Mak has a "secondary spot" of reflective coating applied directly to the interior of the corrector plate in lieu of a secondary mirror. This eliminates the need for frequent collimation as is the case with Schmidt-Cassegrains. In addition, the secondary spot is considerably smaller compared to a conventional Schmidt-Cassegrain secondary mirror, enabling the superior contrast views the Mak is known to offer.

An important aspect to note regarding Maksutov-Cassegrain telescopes is that their larger, heavier corrector plates don't cool down and adjust to ambient air temperature as quickly as Schmidt-Cassegrains that have the same aperture.

StarBright XLT is Celestron’s revolutionary optical coating system that outperforms any other coating in the commercial telescope market. There are three major components that make up our StarBright XLT high-transmission optical system design: