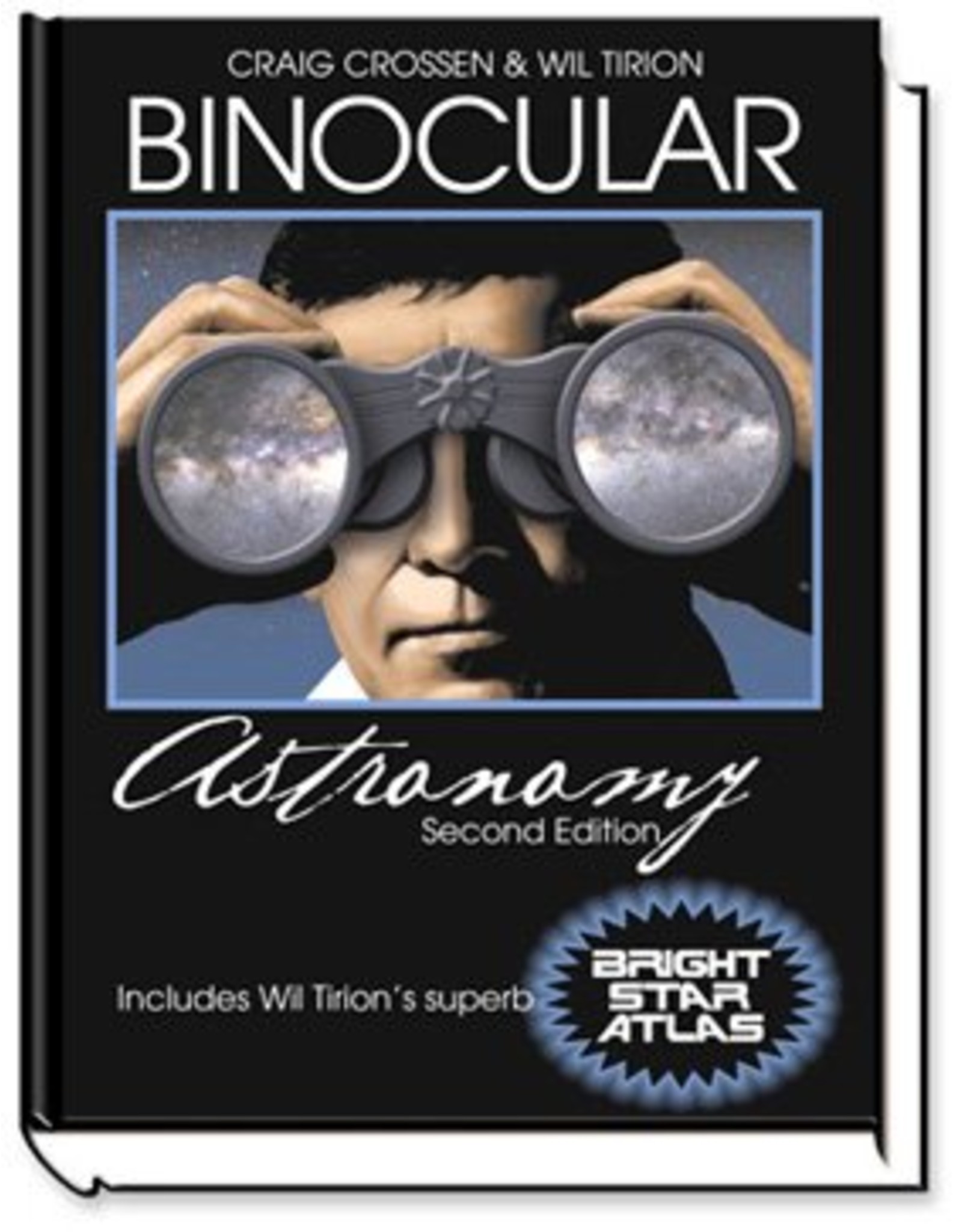 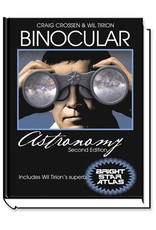 Binocular Astronomy and a pair of binoculars are all you need to begin observing the night sky — stars, open and globular clusters, bright and dark nebulae, galaxies, and much more. The binoculars need not be expensive! The majority of the objects described in this book were viewed by the author using a pair of $40 binoculars he purchased from Sears & Roebuck in 1978. The chances are good that you now have or can borrow a pair of binoculars that will do very nicely.

For this edition, Craig Crossen has added descriptions and discussions of a large number of objects visible only in “ giant ” and “ supergiant ” binoculars (glasses of the 11 x 80, 20 x 70, or 15 x 110 range). Thus this book should be useful even to owners of small richest-field telescopes.

You don ' t have to buy an atlas. Binocular Astronomy includes Wil Tirion ' s 10-map The Bright Star Atlas 2000.0. This atlas plots practically every star visible with the naked eye plus hundreds of deep-sky objects. Tirion has also created 31 detailed finder charts, two of which are double-page spreads, plus a set of seasonal finder charts. Also included are 25 photographs (most are wide field) and 40 Tables.

Not only does Binocular Astronomy help you locate objects but it explains what they are and how they fit into our understanding of the universe. While there is great aesthetic beauty in the night sky, there is also the Science of Astronomy. You can easily skip over the technical jargon, but you will probably soon find yourself recognizing a star ' s age by its color, understanding its place in our Galaxy by its distance and much else.

Binocular Astronomy will show you why most experienced amateur astronomers think that binoculars should be the first optical instrument for the beginner and why they are of value to even seasoned observers.

What the Reviewer's Had to Say About the First Edition. . .

…The attention to detail in the observing information bears the hallmark of one who really knows his way around the sky. I would recommend it not so much as a general guide to binocular observing, but as a first-class deep-sky atlas both for observers with binoculars and those with small telescopes.
Journal of British Astronomical Association

…This reviewer believes that any armchair astronomer who reads Binocular Astronomy will be tempted to change his/her status to one of active observer. From this comment and that of the book’s title it is easy to ascertain that Binocular Astronomy is about active observing and for this reason alone it is welcome. By producing this book, both Crossen and Tirion have performed a service for those who may own a pair of binoculars and yet wish to experience the joy of observing some of the night sky’s brighter objects. Moreover, by the book’s content and the style, Binocular Astronomy is of value to both the novice and the seasoned observer.
Australian Journal of Astronomy

…it is complete and well illustrated, with descriptions of hundreds of objects in the sky that will appeal to interested beginners and advanced observers of all ages.
Choice

…Exactly 105 years ago a New York newspaperman named Garrett P. Serviss published Astronomy with an Opera-Glass, a little book celebrating the usefulness of modest, everyday optical aids. It remained in print for more than 75 years—as its message took nearly that long to catch hold. But by the 1960s and ‘70s, wise amateurs had learned to tout binoculars, not a telescope, as the beginner’s best route into astronomy. By the 1980s advanced amateurs weren’t ashamed to say that they used binoculars a lot themselves….Binocular Astronomy is a glorious travelogue of the deep sky as surveyed by Craig Crossen with a pair of cheap Sears 10x50s—the sort of instrument anyone can afford and many households already have in the back of a closet. Crossen describes about 250 interesting objects at some length, weaving in not just their visual appearance but often their astrophysical significance and observational history, including a lot of constellation lore. In these respects the book shines. Unlike many popular authors who copy each other’s mistakes, Crossen has done graduate work in modern astrophysics and has researched the ancient constellations from original sources in Syria and Jordan. (He is currently completing a book on constellation and star-name history.)

Nor is he afraid to get personal. "It has always seemed particularly appropriate to me," he writes, "that during the warm and humid nights of mid-summer, when the moist southern winds carry the fragrances of growing things and the sounds of frogs in the marshes, that something with the name ‘The Lagoon’ should slowly drift over the southern horizon like a beacon of the equatorial jungles and the South Sea islands."

…Binocular Astronomy includes the excellent 6th-magnitude charts of Wil Tirion’s Bright Star Atlas covering the whole sky. These are supplemented throughout the text by many large, clear, more detailed finder charts by Tirion, including double-page maps to magnitude 7.5 running along stretches of the galactic equator. These are also some useful wide-field finder photographs. Being oriented towards readers with relatively modest glasses, Binocular Astronomy tells more about the fewer objects it covers. There’s also an excellent beginner’s section on sky motions, constellation finding, and basic observing techniques.

…This book reminds me of Burhnam’s Celestial Handbook (which Crossen credits for making him an amateur astronomer), and like Burnham’s when it came out, it became my bedtime reading.
Sky & Telescope

Craig Crossen has contributed articles and reviews to Astronomy magazine since 1983 and coauthored the book Sky Vistas. His interest in astronomy began when he was 13 years old and has included both binocular and telescope observing and formal graduate study in astrophysics.

Wil Tirion's interest in astronomy began as a child. During the past thirty years, he has authored or coauthored an unprecedented array of star atlases and finder charts. His major atlases include The Bright Star Atlas, a special version of which is included in this book, Sky Atlas 2000.0 and the epochal Uranometria 2000.0. Many consider him to be the greatest celestial cartographer of all time.