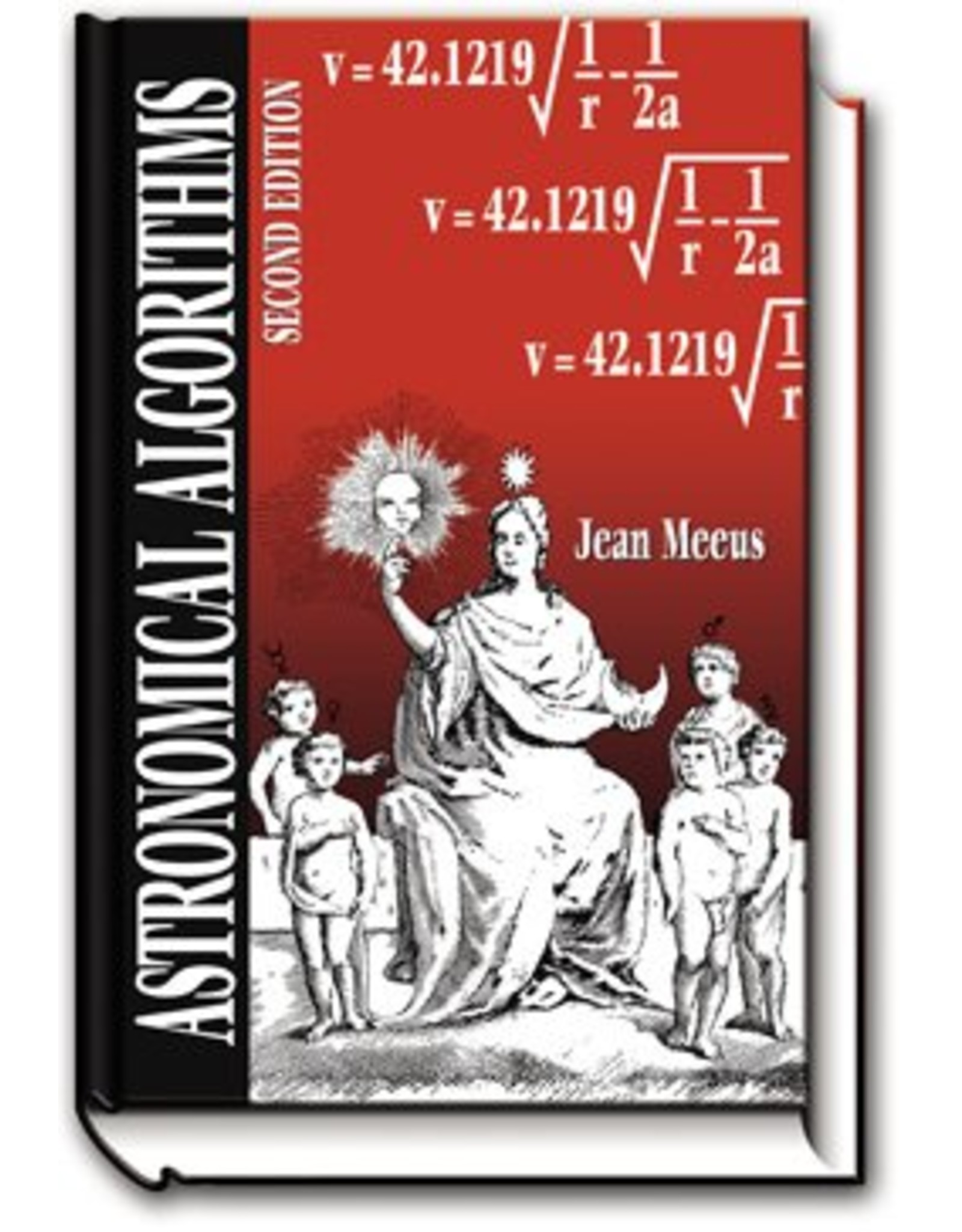 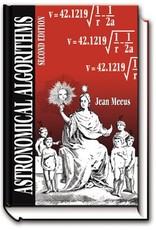 Note: We are currently shipping the June 2005 printing which corrects all known errors.

About the book Astronomical Algorithms

In the field of celestial calculations, Jean Meeus has enjoyed wide acclaim and respect since long before microcomputers and pocket calculators appeared on the market. When he brought out his Astronomical Formulae for Calculators in 1979, it was practically the only book of its genre. It quickly became the "source among sources," even for other writers in the field. Many of them have warmly acknowledged their debt (or should have), citing the unparalleled clarity of his instructions and the rigor of his methods.

And now this Belgian astronomer has outdone himself yet again with Astronomical Algorithms! Virtually every previous handbook on celestial calculations (including his own earlier work) was forced to rely on formulae for the Sun, Moon, and planets that were developed in the last century — or at least before 1920. The past 10 years, however, have seen a stunning revolution in how the world's major observatories produce their almanacs. The Jet Propulsion Laboratory in California and the U.S. Naval Observatory in Washington, D.C., have perfected powerful new machine methods for modeling the motions and interactions of bodies within the solar system. At the same time in Paris, the Bureau des Longitudes has been a beehive of activity aimed at describing these motions analytically, in the form of explicit equations.

Yet until now the fruits of this exciting work have remained mostly out of reach of ordinary people. The details have existed mainly on reels of magnetic tape in a form comprehensible only to the largest brains, human or electronic. But Astronomical Algorithms changes all that. With his special knack for computations of all sorts, the author has made the essentials of these modern techniques available to us all.

The second edition contains new chapters about the Jewish and Moslem Calendars, and on the satellites of Saturn, and a new Appendix giving expressions (polynomials) for the heliocentric coordinates of the giant planets Jupiter to Neptune from 1998 to 2025.

…There is no doubt that the book is very good value for the money…computer-minded astronomers will never want to be without it.

…There are times when an amateur astronomer wants to perform the computations that support his or her observations. Astronomical Algorithms is the reference to have for this. Jean Meeus’ concise volume collects most of the algorithms and computational techniques an observer might want—covering coordinate transformations, the apparent place of a star, the positions of solar system bodies, eclipse predictions, and much more. Discussions are complete enough to make the equations fully understandable to the novice, and virtually every algorithm includes a fully worked numerical example….This is a very handy reference, well worth owning, even if you never have to perform a specific calculation. The text alone is helpful for understanding how the theories of celestial mechanics are applied in practice.

…Indispensable for any student of astronomy, amateur or professional, who enjoys computation.

…Already celebrated for his contributions to the literature of astronomical calculating, Belgian meteorologist Jean Meeus has authored another helpful, though technical, compendium for the mathematically minded. Taking advantage of new astrodynamic models, he has transformed complex techniques into a series of recipes that will permit the motivated, computerized cognoscienti to calculate just about anything they wish. Between the Urania-ornamented covers of this book you get all kinds of time, atmospheric refraction, conjuctions, obliquity of the ecliptic, equinoxes and solstices, planetary ephemerides, lunar phases, eclipses, binary stars, and a whole lot more.