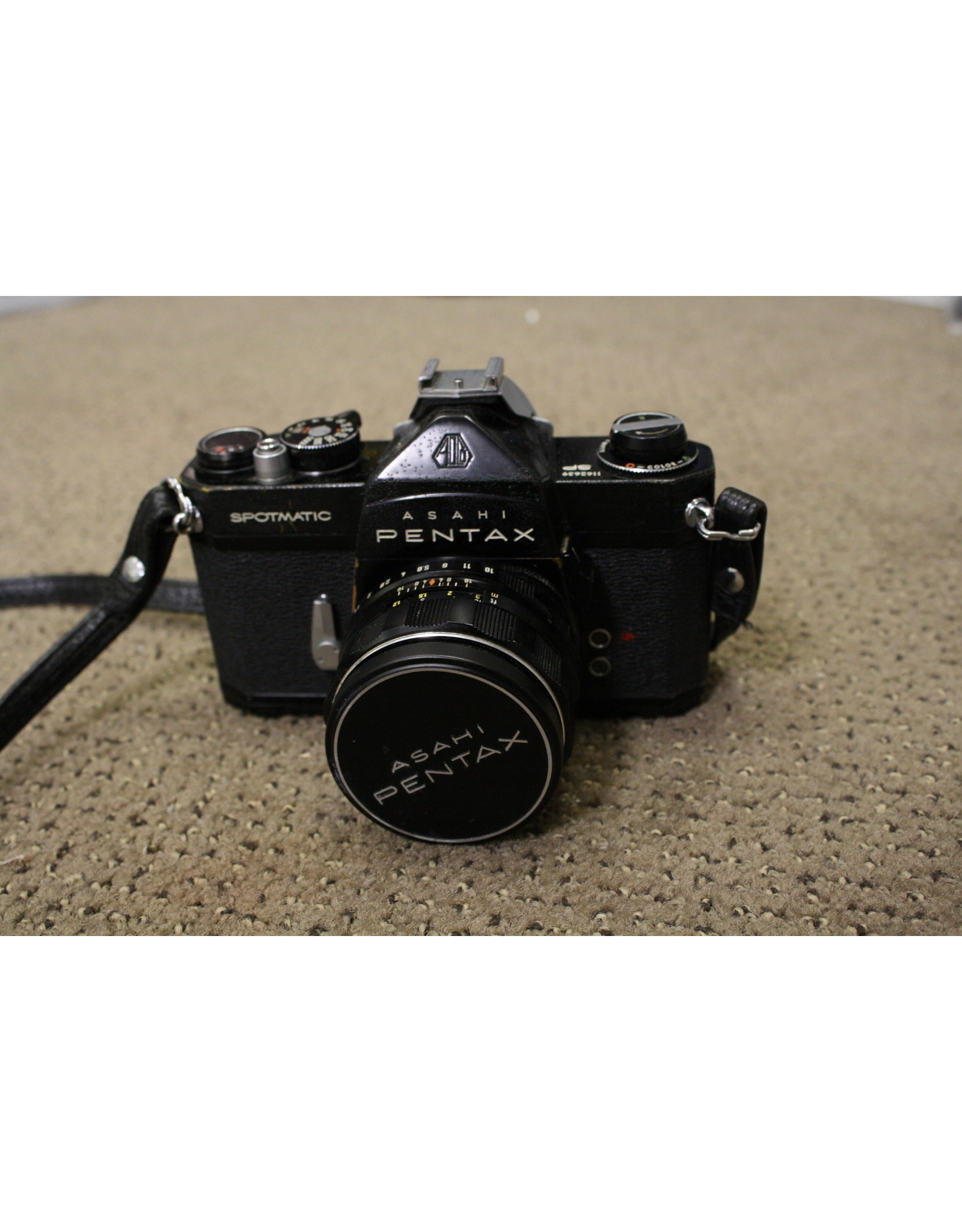 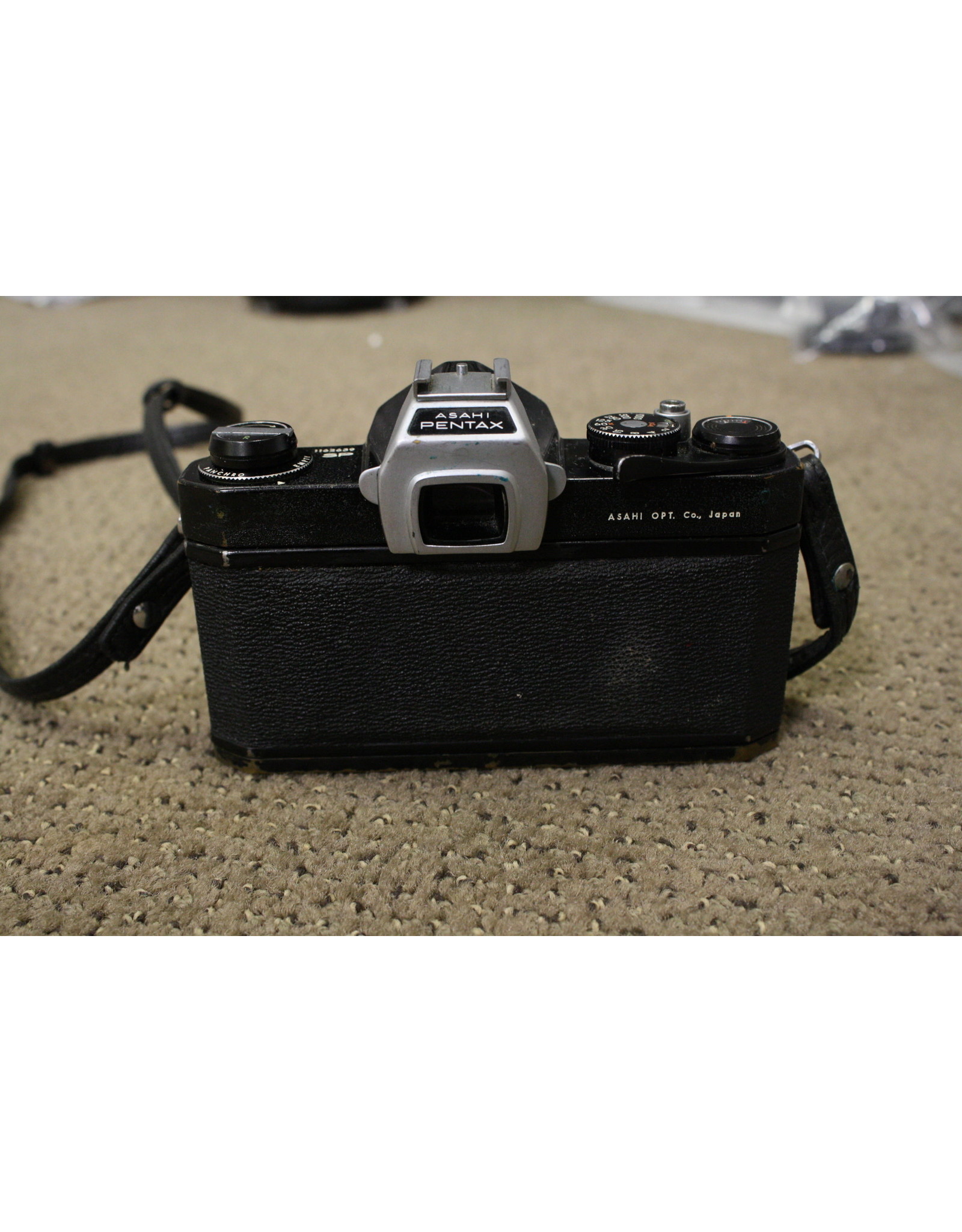 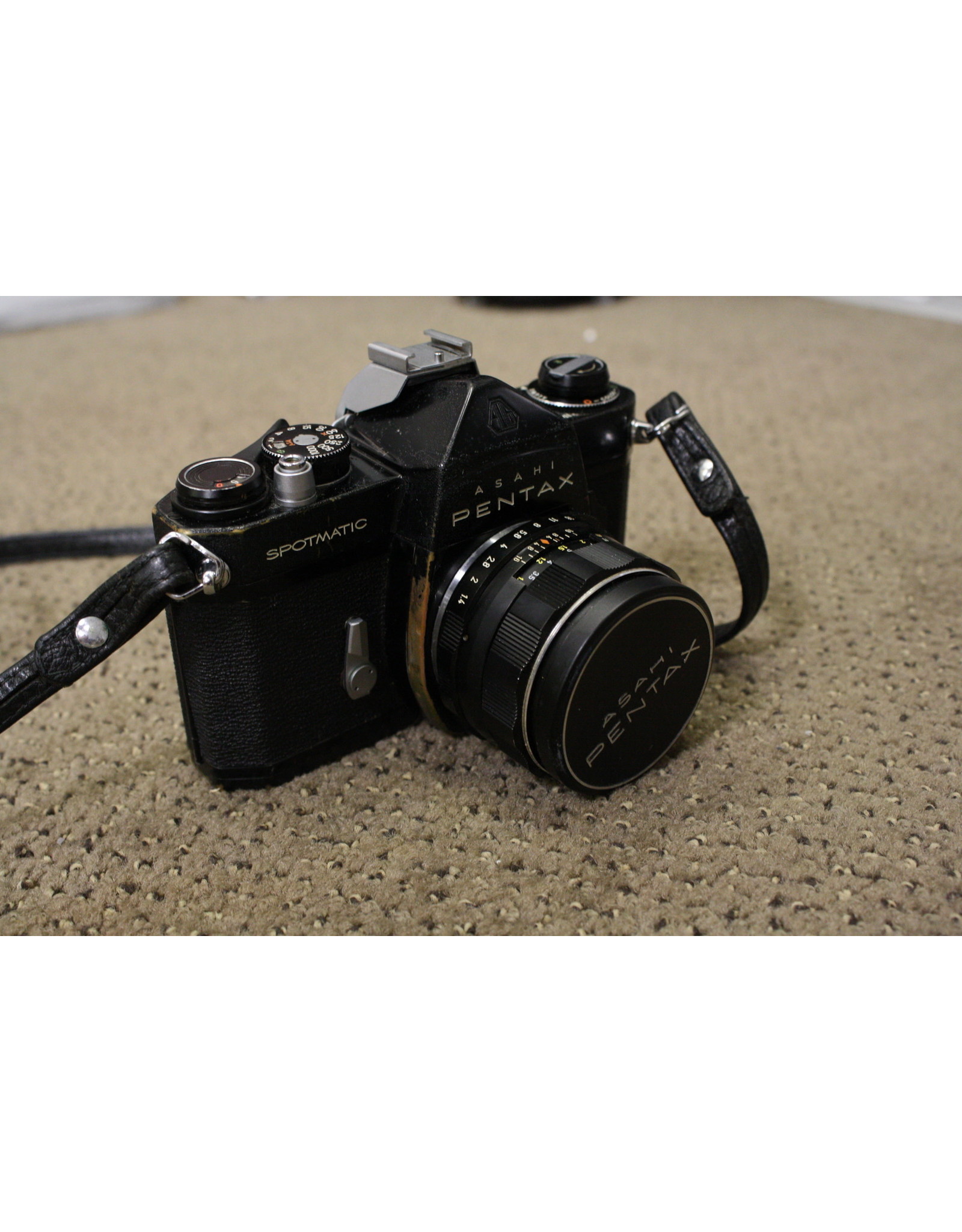 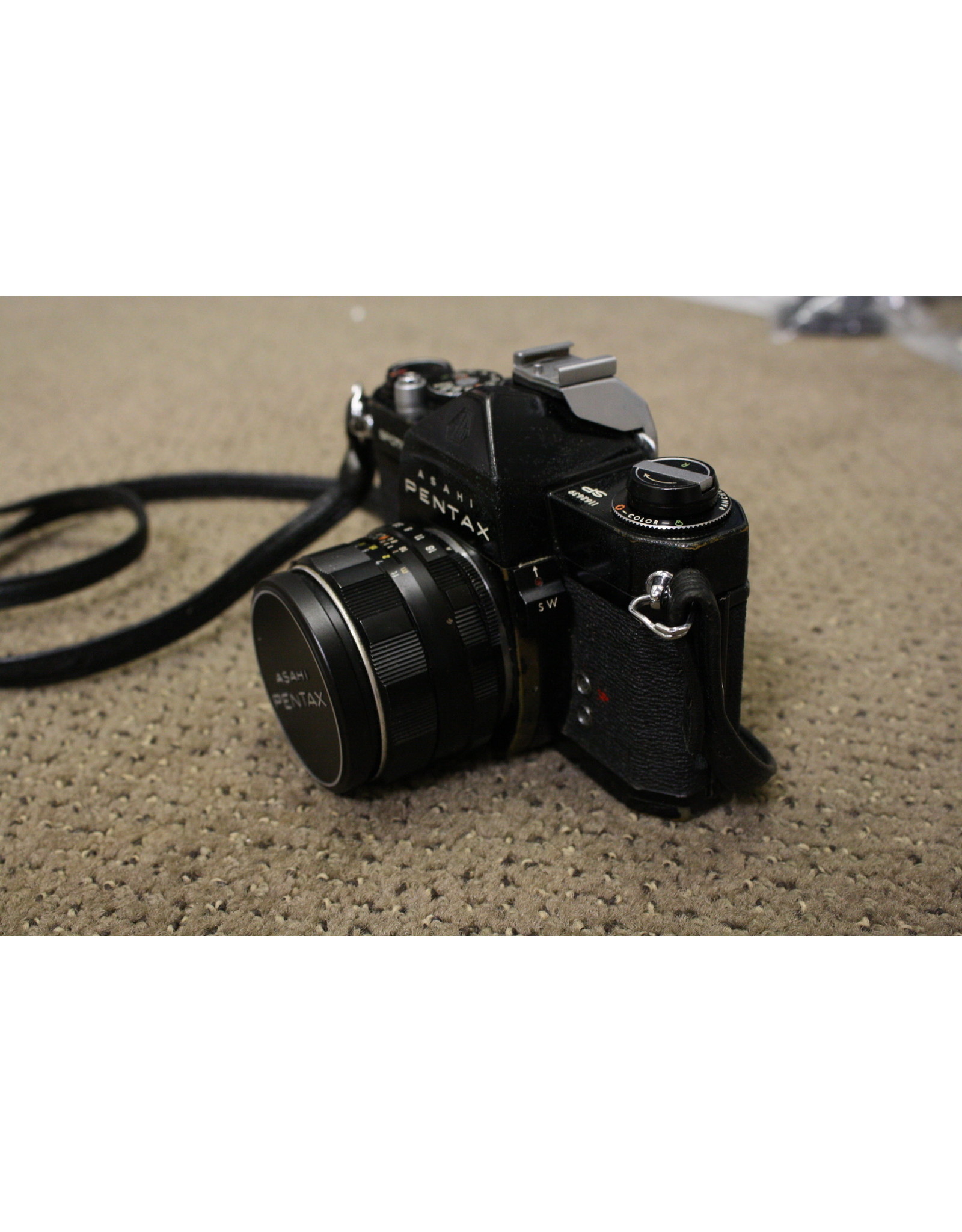 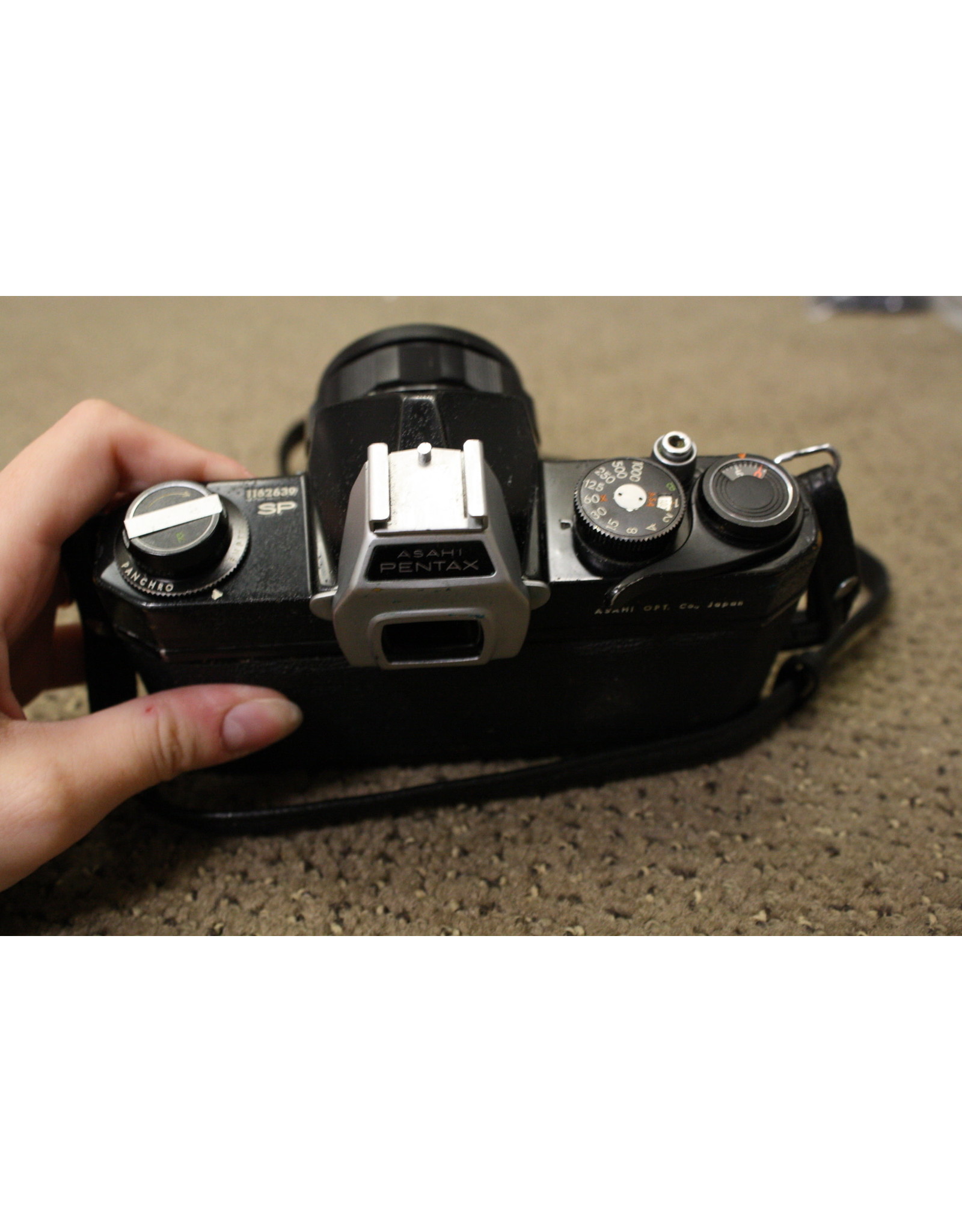 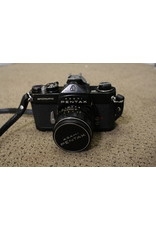 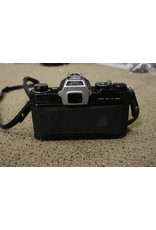 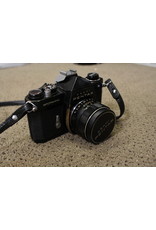 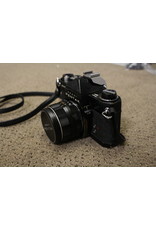 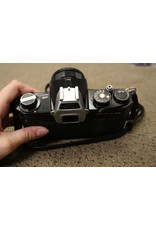 The Pentax Spotmatic refers to a family of 35mm single-lens reflex cameras manufactured by the Asahi Optical Co. Ltd., later known as Pentax Corporation, between 1964 and 1976.

All Pentax Spotmatics used the M42 screw-thread lens mount which was developed before WWII by Zeiss and Praktica. Asahi Optical used the name Takumar for their lenses. These were high-quality, progressively improved lenses, later versions of which featured multi-coating and were called Super Multi Coated Takumars.

The camera used Through The Lens (TTL) light metering, originally it was supposed to be a Spot meter but it ended up being a center-weighted meter. This camera allowed one to focus the lens at maximum aperture with a bright viewfinder image. After focusing, a switch on the side of the lens mount stopped the lens down and switched on the metering which the camera displayed with a needle located on the side of the viewfinder. The use of stop-down light metering was at the time revolutionary, but it limited the capability of the lightmeter, especially in low light situations.
Later models Spotmatic F, Electro Spotmatic, ES, and ESII were capable of open-aperture metering when used with Super Multi Coated (S-M-C) Takumar lenses with an aperture coupling prong in the lens mount.